A scene from “Drive My Car” [TRIPLE PICTURES]

Actors Park Yu-rim, Jin Dae-yeon and Ahn Hwi-tae will attend the 94th Academy Awards as part of the cast of the Oscar-nominated film “Drive My Car” by Japanese director Ryusuke Hamaguchi.

The film is adapted from a 2014 short story by Haruki Murakami, one of Japan’s most renowned authors.

The story begins with the story of an actor and theater director Yusuke Kafuku (played by Hidetoshi Nishijima) and his screenwriter wife Oto (played by Reika Kirishima), who try to come to terms with the death of their young child by recounting stories to each other.

Park and Ahn portray the characters of Korean actors Lee Yoo-na and Ryu Jeong-eui who audition and are cast in the multilingual adaptation of Chekhov’s play “Uncle Vanya,” directed by Kafuku. Jin portrays Gong Yoon-soo, one of the production members of the play. 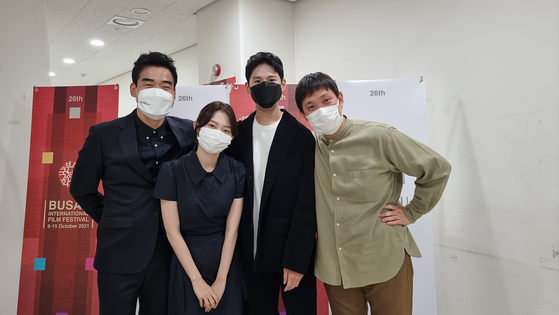