The pandemic has changed people’s lifestyles, and many in Japan are reluctant to travel again.

As the COVID-19 pandemic has forced greater restraint to leave home and eat out, it appears the way Japanese people view travel has also changed. JTB Tourism Research & Consulting conducted a survey that revealed a cautious mindset, with respondents citing the postponement of domestic travel and the suspension of overseas travel plans.

The investigation was carried out from January 21 to 25 during the second state of emergency in 11 prefectures. JTB Tourism Research & Consulting spoke to 6,520 people nationwide, aged 20 and over. Of those surveyed, 36.0% said they had traveled within the country between April and December 2020.

On a quarterly basis, the number of people who traveled increased gradually, with 17.5% between April and June, 22.8% between July and September and 25.0% between October and December. The research institute reported that “with the addition of Tokyo to the Go To Travel campaign from October, people aged 60 and over have become particularly enthusiastic.” 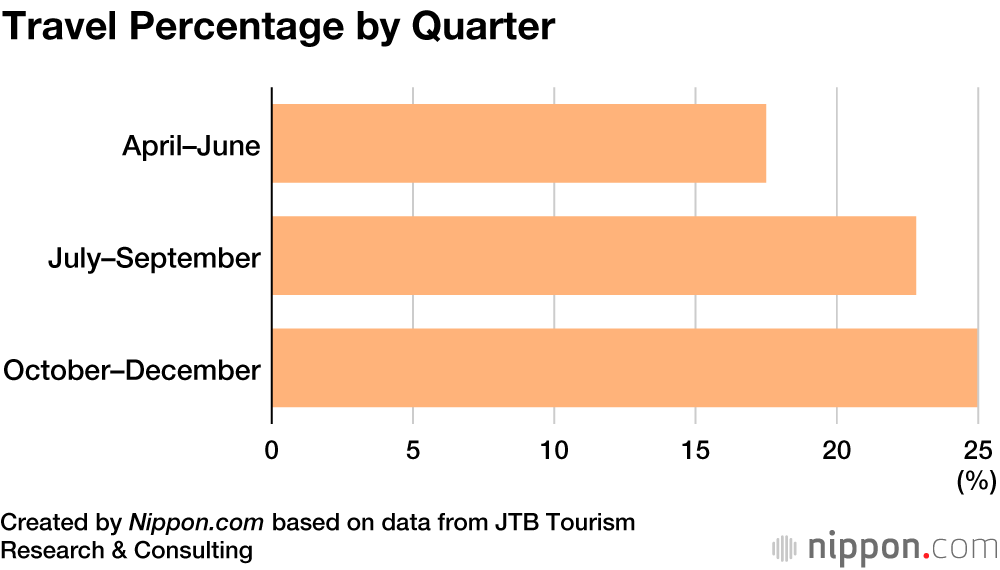 Of those polled, 27.6% planned to travel to Japan in 2021, and 11.7% planned to travel in 2022 and beyond, showing a positive desire to travel. On the other hand, only 7.5% indicated an intention to travel abroad in 2021, with 11.5% indicating such intentions for 2022 and beyond, showing that people are much more careful about the planning trips abroad as well as domestic. In fact, 8.3% of respondents said they would no longer travel abroad. This percentage rose to 12.0% among respondents aged 60 and over, indicating that “older people may feel they are done with traveling abroad”. 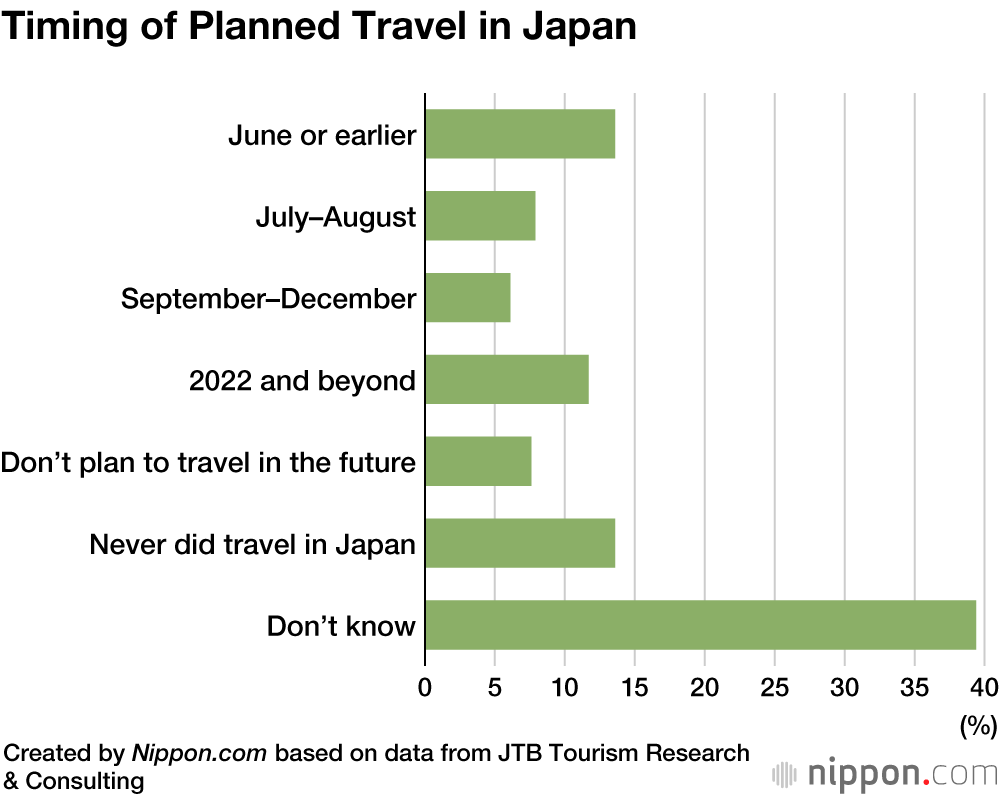 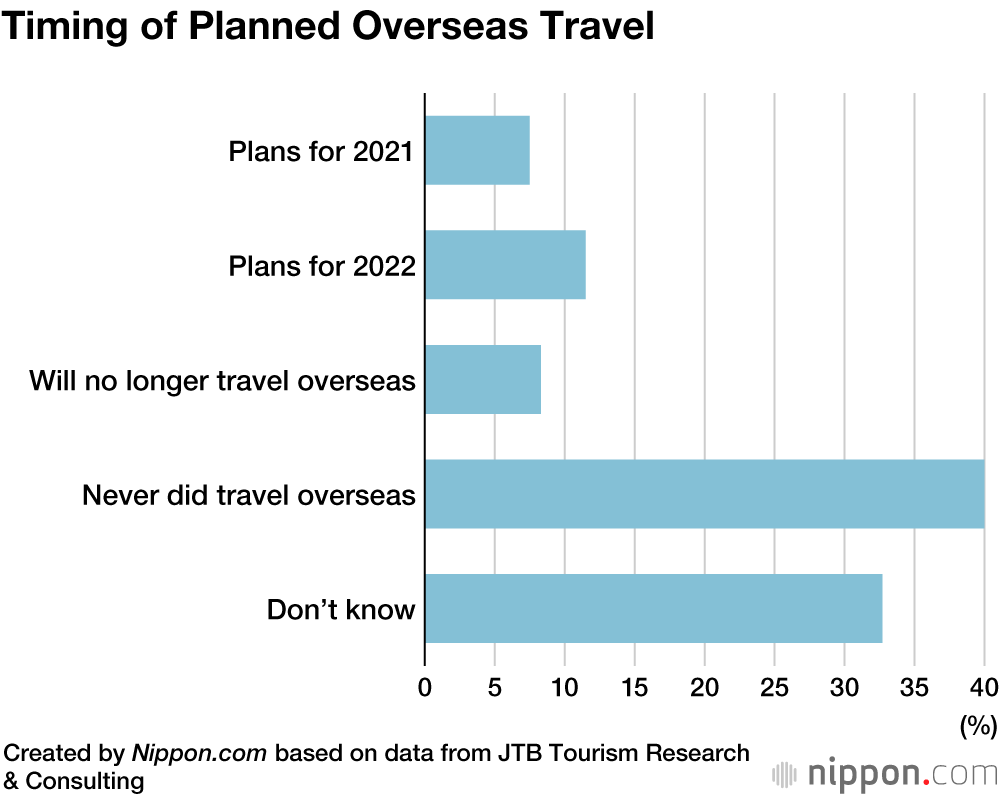 When asked what they think of travel under the second state of emergency, 26.8% responded that “for the time being people should refrain from travel in accordance with the wishes of the government and the municipalities ”. If we include those who responded that they felt more obligated to refrain from travel than in the first statement or felt less obligated to do so, more than half felt that they should a certain restraint in their movements. As for the Go To Travel campaign, 15.7% of the total and 32.8% of those who used it in 2020 responded that they “would definitely use it if it was brought back”.

When people who responded that they were planning to travel to Japan in 2021 were asked what conditions would make them want to go on a trip, the majority, at 33.1%, responded “if a good package and good accommodations are available”. After that, the most popular responses were “if the destination is not crowded” and “if cheap packages are available”. Meanwhile, 29.8% responded “if there is a clear trend towards fewer cases”, and 28.9% said “if there is an official declaration that the coronavirus pandemic is over”.

An Iconic Japanese Show About Kids Who Shop Alone Confuses the West – Mothership.SG

A new Japanese show on Netflix sends toddlers alone to busy cities to do chores and use public transport. Experts are torn as to whether it’s any good.